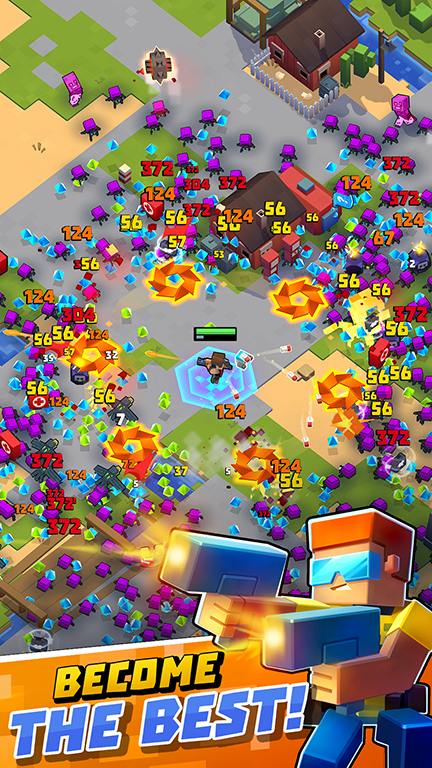 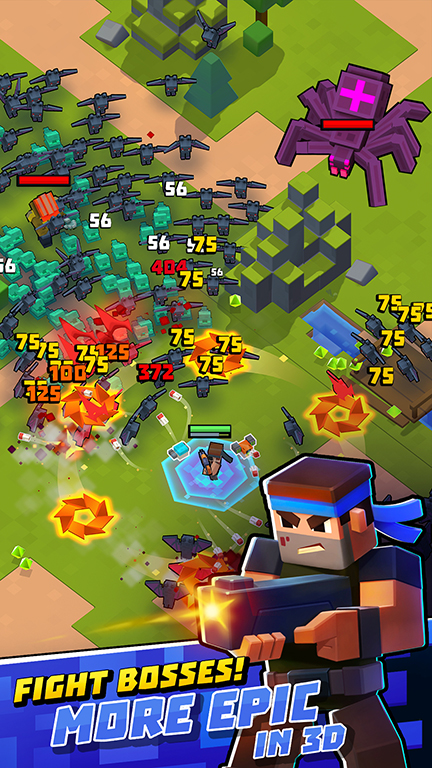 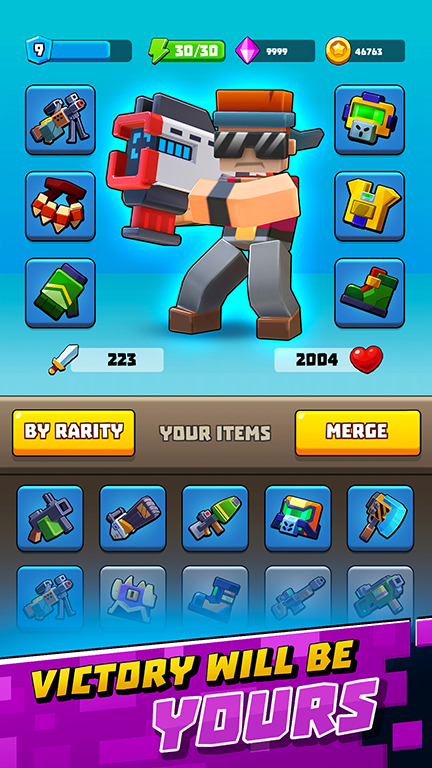 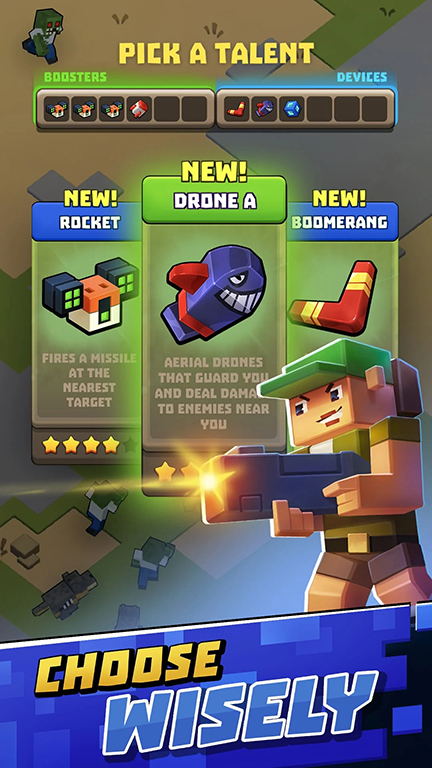 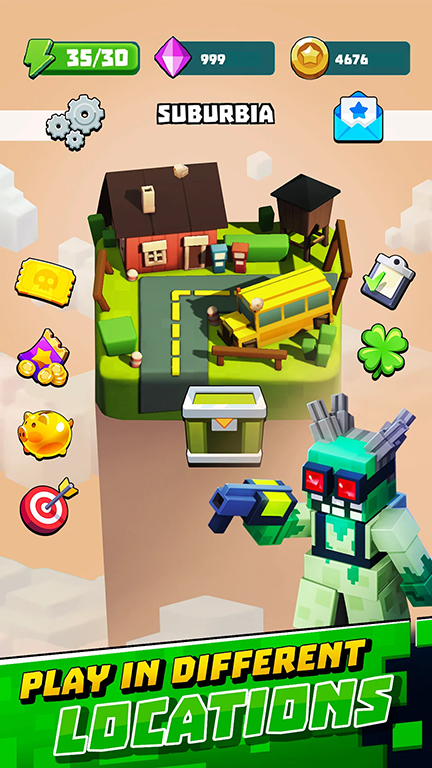 Zombie World Survivor is a roguelike surviving game where your main goal is to harvest waves of various monsters and defeat mighty bosses. Choose skills, upgrade them and create unique combinations to keep destroying enemy legions in dozens original ways!

But be really careful about abilities you pick, you are limited only to six attack powers and six support upgrades per battle, so make sure you have a solid plan! Defeating enemies is not just a captivating process but is also profitable: earn EXP to become stronger during the match and collect gold to purchase permanent upgrades between the battles!

Everything has its cost and the power is not an exception - enhance your armor, weapons and equipment with gold that you've gathered in your adventures, and keep annihilating hordes of monsters even faster.

1. Hundreds of enemies are coming from everywhere all at once!
2. Single finger is now enough to harvest thousands of monsters.
3. Pick unique skills and create powerful combinations to survive!
4. 15+ stages to beat! New stage - new enemies!
5. Fresh vision on shoot'em up gameplay wrapped up in 3D pixel setting.