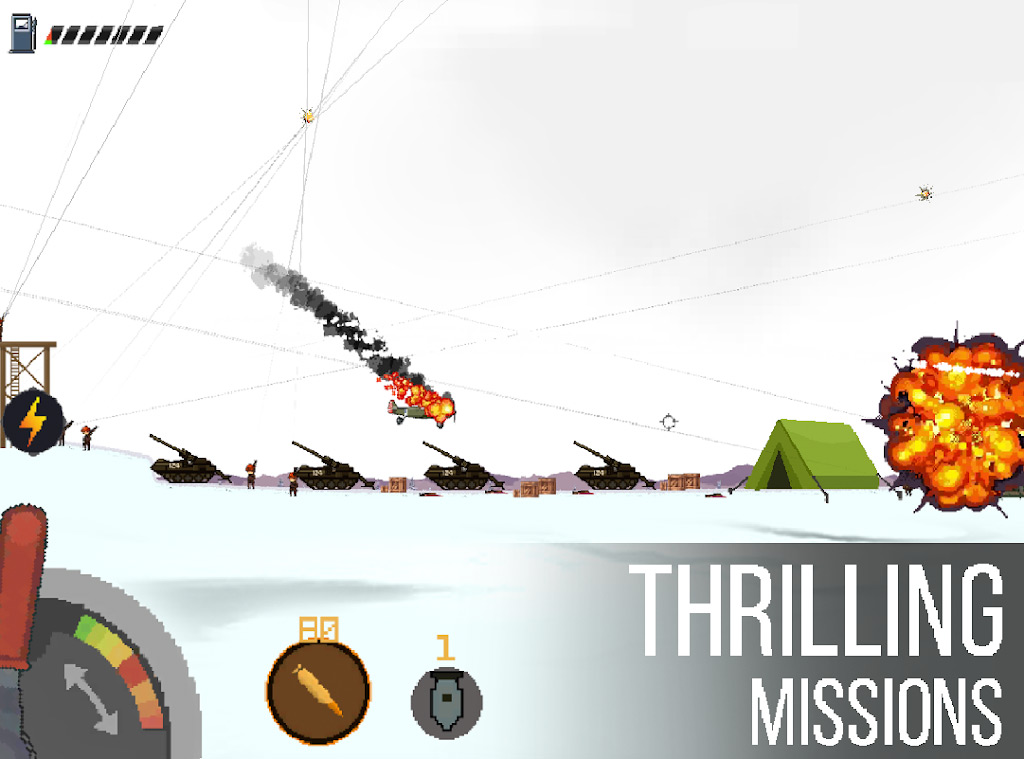 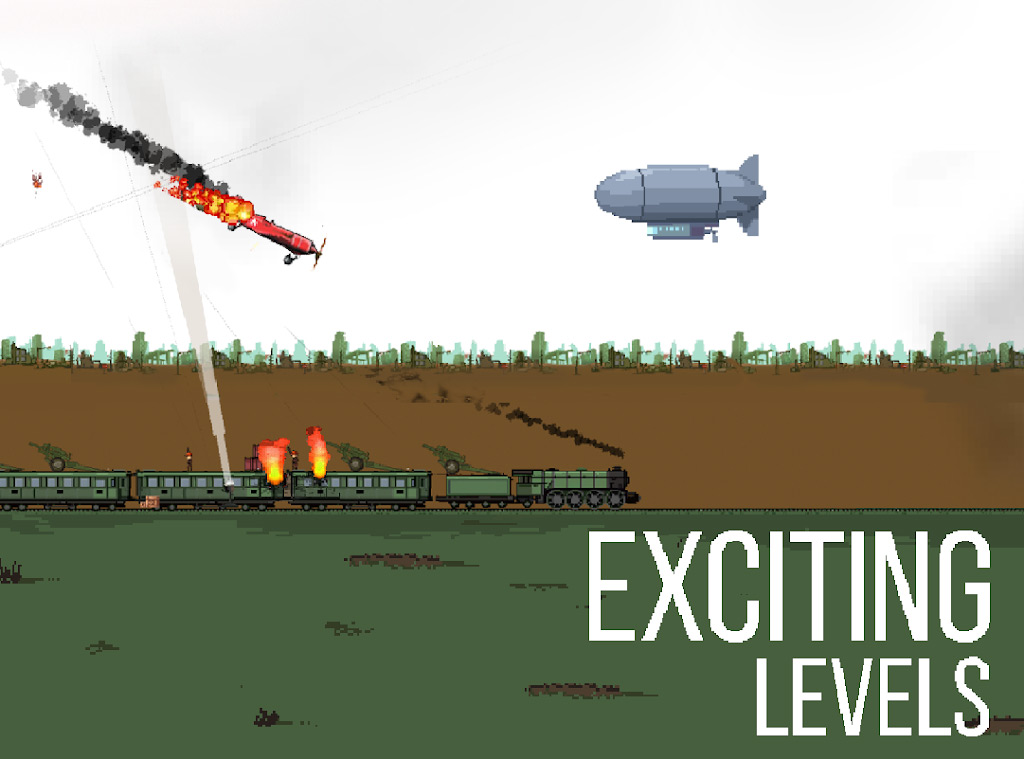 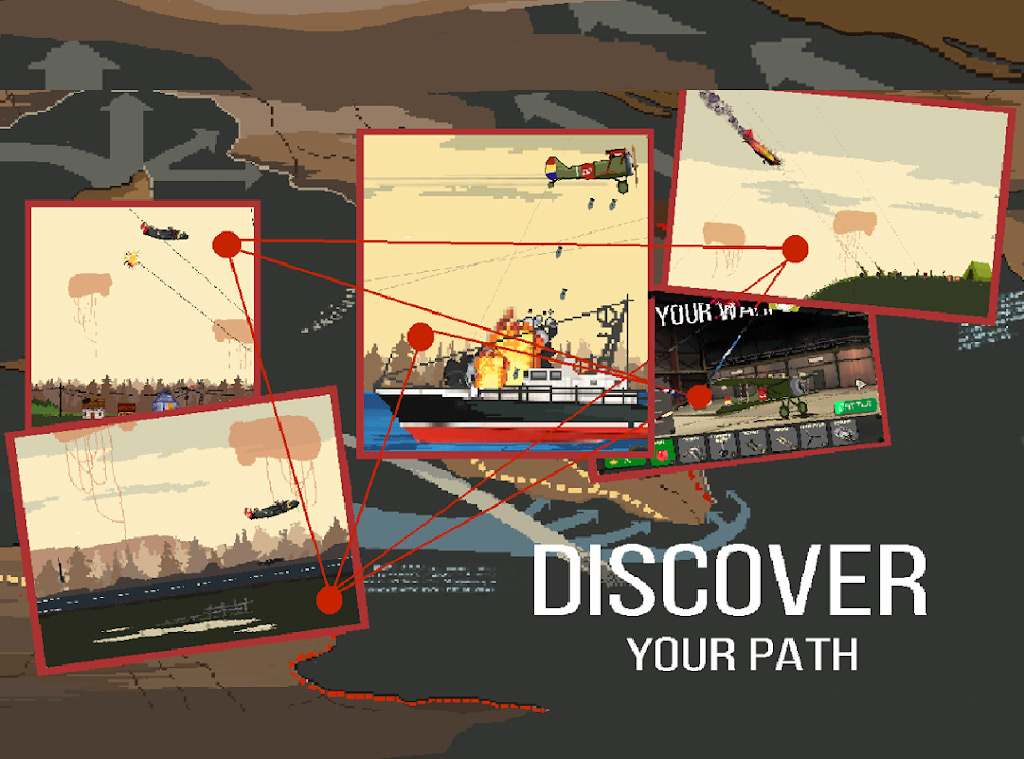 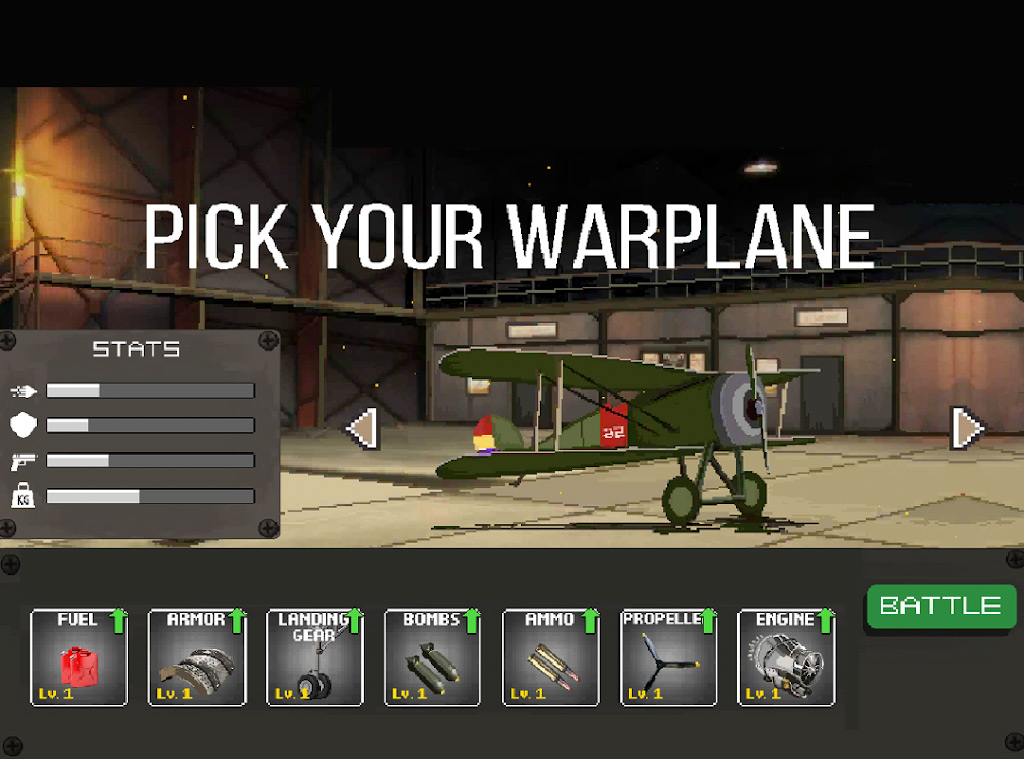 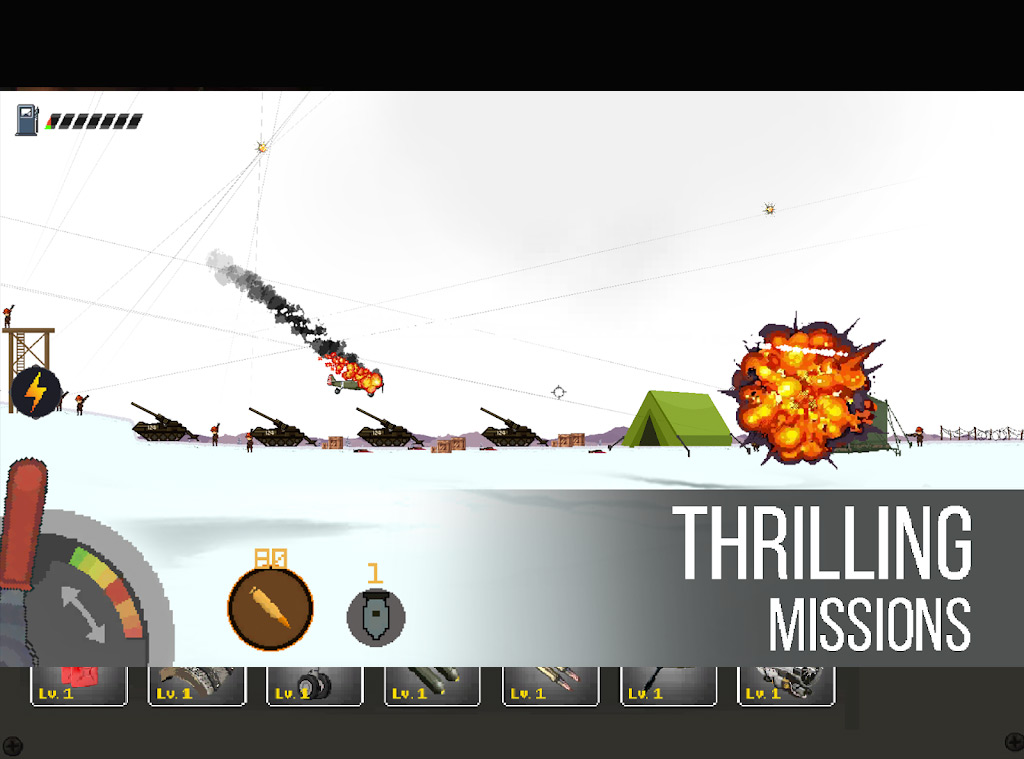 -Take control of a warplane in this thrilling combat flight action game and fly through the Second World War. You will be in charge of squadrons, pilots, and planes for the USA, the UK, the USSR, Germany, and Japan's most dangerous and strategic air force missions.

-With the warplane and battle simulator, you'll get to experience the world of WW2 planes. You can fly a fighter jet and destroy all enemy troops. You will be able to fly a wide variety of bombers with the realistic flight simulation and dogfight of World War 2.

-At the beginning of the game, there will be two fictional states. The WWII games will require players to defend themselves from different types of enemy weapons and troops. The storylines of the game are intertwined with war and peace like in a shooter game with psychological elements. Additionally, warplane flight models are included in Warplanes. You can become a great pilot for your country!

-Enjoy top war games with World War 2 planes and other historic elements. Our WWII arcade game offers a timeless, historical experience. Try out WWII warplanes and bombing warfare on the carrier, and a WWII warplane will carry you over the horizon! Prove that you can land and take off a WWII warplane!

-We recommend you to try our top war offline games and WW2 aircraft games if you have been looking for a great WW2 aircraft game & realistic war experience. It will open up a whole new world of history! It is aimed at the fans of warplane games & war plane arcade games with a war simulator mode like Atomic Fighter dogfight and Pocket Squadron.

Fly through the skies of the Second World War with this flight simulator game with a perfectly designed and well graphical experience pixel-art game.

This game was made with the real aerodynamic principles of a warplane. It also included real ace combat in a military battle simulator with the types of old and historic warfighters from World War 2.

-Equip your favorite fighter jet for your battle:

We have added several real warplanes from World War 2. You can purchase them with earned money from each level. You can also customize and improve your aircraft abilities in the upgrade window.

Play this military arcade and improve your historical planes with real abilities in the engine, propeller, armor, gears, fuel armor, bombs, and gun machines. Then fly your warplane in WW2 for your missions. And become the deadliest aircraft pilot ever from the WW2 dogfighting military game! Play war air assault games.

Stunning fights with warplanes, war tanks, and other enemy weapons from WWII with lots of military missions for air attacks. Like other top WWII war games.

-Destroy every enemy camp and complete each mission:

Carry out your dogfight missions as if you were playing a military game or Bomb Rider! Drop bombs or fire in every enemy war arcade.

But, keep in mind that the outcome of the World War II games is entirely dependent on your actions. With your tactics, strategies, and air battle, you can become a part of this WW2 historical drama. If you are a true WW2 plane game soldier. This WW2 arcade was made for you.

Please leave great feedback - it helps us keep going!
Contact us at kocogamesinc@gmail.com